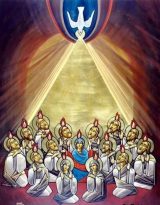 What is the Church for?

What is the Church for? It surely matters that we should know. When a business loses track of its core purpose it can easily start to invest time and money in peripheral things, all the while alienating those customers it should be supporting and encouraging to spend more. I worked for such a company. We […]

Can the Oriental Orthodox receive the Eastern Orthodox Councils? 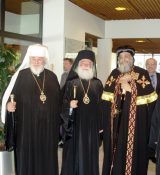 That They May Be One – Reflections on Christian Unity

Though Christ prayed in the garden of Gethsemane, ‘that they may be one’[i], it surely must seem to any student of Christianity that His prayer has failed. Any impartial observer writing a history of modern Christianity might legitimately describe it as being inherently divided and divisive. In fact research has suggested that there are over […]

The intermediate state of the soul

Introduction It might seem that the Orthodox Church must have entirely closed all discussion of the intermediate state of the soul after death. Surely the patristic and liturgical texts are so filled with settled opinion that there is no scope for confusion or controversy? Nevertheless, from time to time, there are variant teachings which become […]

It’s been a month since I flew home from Canada. I think it’s a good time for me to reflect on the month I spent in service at St Mary’s Coptic Orthodox Church in Kitchener, Ontario, Canada. I served there with Abouna Athanasius Iskander and with the blessing of H.G. Bishop Angaelos, H.G. Bishop Mina […]

The Lost Sheep of Orthodoxy

Most of us have some sense that we need to pray for things, and for the people who are dear to us, so that God will do good for us and for them. Most of us have also experienced the distress that comes when it seems that our prayers are not answered, or even that […]

Homily for First Sunday of Lent

Matthew 6:19-30 Lay not up for yourselves treasures upon earth, where moth and rust doth corrupt, and where thieves break through and steal. Matt 6:19 This morning I would like us to consider the passage we have just heard from the Gospel of St Matthew. It seems to me that it is a passage which […]