I am very happy indeed to announce that thanks to the blessing of His Holiness Pope Tawadros, Anba Mina and Anba Angaelos, I have received permission to visit Canada and serve with Abouna Athanasius Iskander at the Coptic Orthodox Church of St Mary, Kitchener. I have been in contact with Abouna Athanasius since I became […] 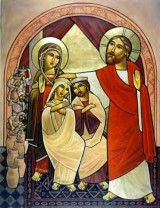 In the name of the Father, and of the Son, and of the Holy Spirit. Amen. It was with very great pleasure that I received the kind invitation of your vicar, and my brother in Christ, Simon Stevenette, to speak this morning at your celebration of the Eucharist. My name is Peter Farrington, and I […]

The Week of Prayer for Christian Unity

I had a busy weekend in several places as an Orthodox contribution to the Week of Prayer for Christian Unity. This is not a forced experience of a unity that does not exist, but is, at it suggests, an opportunity to pray with share some time with members of other Christian communities as an expression […]

I believe in One Church..

In the name of the Father, and of the Son, and of the Holy Spirit. Amen. I am Father Peter Farrington, a priest of the Patriarchal Diocese of the Coptic Orthodox Church, living and serving in the UK. In this introduction to our study I want to begin to speak about the characteristics of the […]

The Secret of Growth in the Christian Life 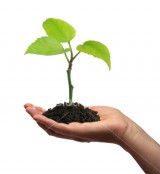 What is the secret of growth in the Christian life? We might think it is deciding to be holy, or deciding to be active in ministry of one kind or another. We might consider that it is found in attending many Church services, or in learning hymns and prayers. All of these, and many more […]

5 Reasons why I am a Coptic Orthodox Christian

At the beginning of a New Year I have been reflecting on the events of the last 12 months, and especially on my continuing service within the Coptic Orthodox Church. I often prefer the term, Orthodox Church of Alexandria, as it expresses better the universal character of the Church. But when I think about why […]

Now, more than ever, Britain needs the committed and faithful prayers of Orthodox Christians. Things are getting worse by so many different measures. The common cultural bonds which held our society together for so many hundreds and even thousands of years are being undermined, and the people of Britain, though still wishing to consider themselves […]

The Worship of Self

The psalm for today says… I will praise You with my whole heart. This is an entirely life-giving aspiration. The heart represents in Scripture the fullness of the person we are. It means that we are to worship God to the very foundation of our being, and stand before him in that inward centre, that […]

The Poison of Racism

I am priest of the Coptic Orthodox Church, but I am entirely English in my ethnic and cultural background. I see clearly that the essential character of the Orthodox Church is not bound by any one culture. I am, myself, an expression of that Catholic quality of the Church which insists that our Orthodox Faith […]

Evangelism as a lifestyle

I was asked to speak on this subject for an audio conference with some folk serving in the missionary ministry under Father Daoud Lamie. It represents only a few introductory reflections, and there is much more to say on the subject. But as an introduction it is offered here as it is. The Lord bless […]