Father Peter Farrington was in Stoke on Monday, 16th November, serving with the Coptic Orthodox Community of St Chad, of which he is the priest and pastor. It was another fruitful day of various activities, and represented a further incremental development of our life together as Orthodox Christians in the area.

Father Peter parked in the centre of Burslem and walked to the Community Hub, a new project to allow the Coptic Orthodox Community of St Chad to be present in the centre of the town with other community organisations. It is based in a retail space on the main street and has been organised by one of the members of the Community, with the support of us all. Father Peter was going to pray a blessing for the Hub with some of the members of the Community. A young English woman stopped him and asked if he was a priest. She broke down in tears and said she needed to speak to him. It has been arranged to have a conversation with her on Saturday after the next Liturgy. 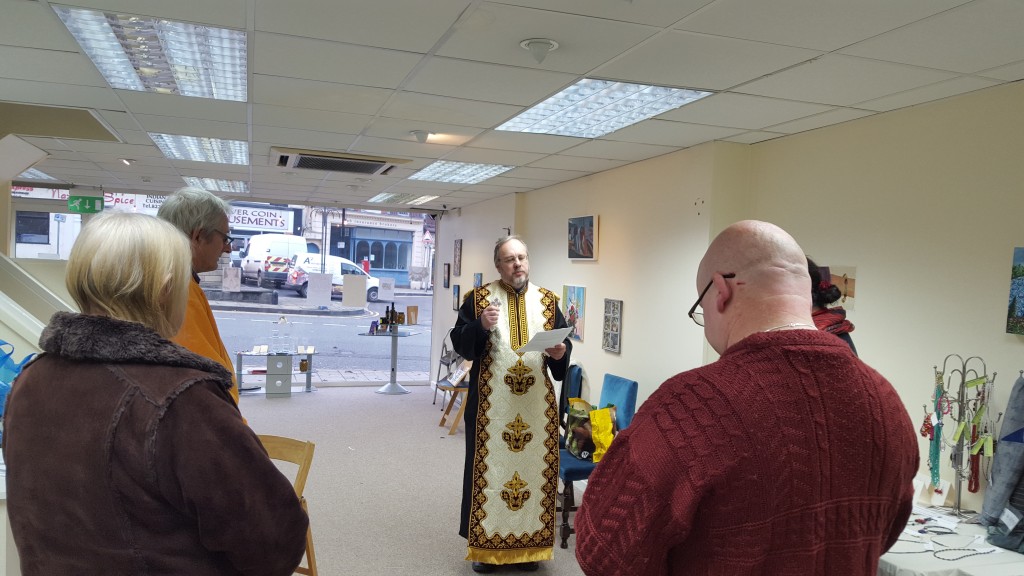 At the Community Hub those present prayed the prayers of blessing with Father Peter, and then another local man asked to speak to me. He has a very difficult family situation and he also broke down in tears while talking together. He was also invited to come and meet us again on Saturday when we celebrate the liturgy and have our fellowship meal together. We were all very touched that ordinary English people were able to believe that our Coptic Orthodox Community of St Chad might care about them. May this be the beginning of such service. We have a strong sense that our Orthodox Faith should not be something exotic and esoteric, but something which changes and transforms the lives of the people around us, bearing many burdens, often feeling alone, in need of the presence of God’s love in their lives.

This Community Hub is a wonderful location, and is already a warm and welcoming place. To be able to offer hospitality in the name of Christ in the middle of the town is an important aspect of our service to others and to the world.

After the blessing some of the Community shared in a meal together. This is also an important and necessary means of sharing life and time and love with each other. It is not without good reason that the Agape meal, a meal in which all the faithful could share together, was introduced even in the time of the Apostles. At present we are meeting in a local fish and chip shop, owned by Greek Orthodox incidentally. There is a sense that we want to be in the community, and with others, and not be always a little isolated in church buildings, even those we borrow from others. 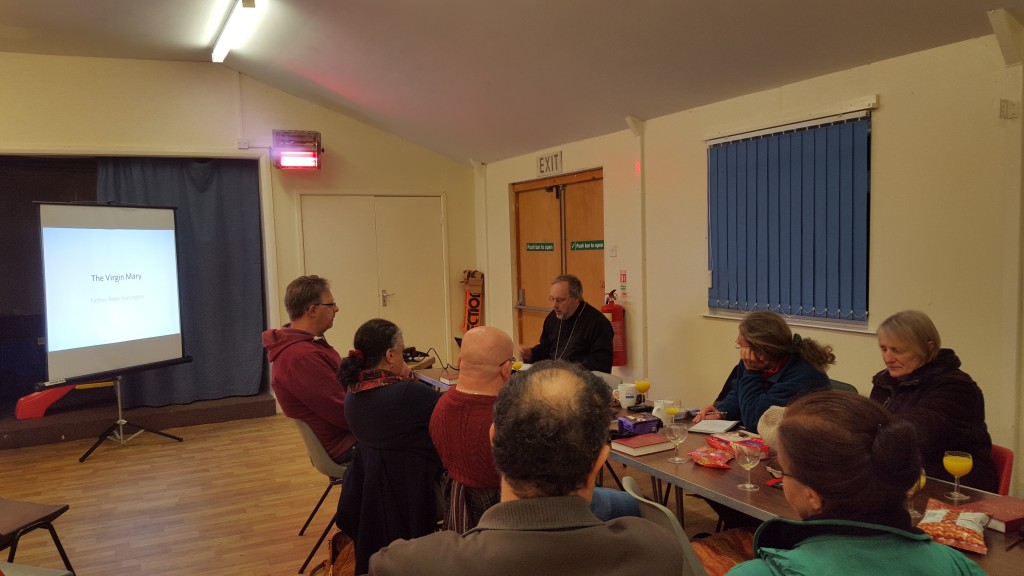 Then we all gathered together for the Bible and Patristic Study in the evening, at St Paul’s Church, Burslem. This evening we were studying the Virgin Mary, the Theotokos. Father Peter began by introducing the topic, and raising some of the concerns which evangelicals might have when considering Saint Mary. The group then looked in detail at the Scriptures and considered all those things which the Bible clearly teaches us to say about her. There was a very fruitful discussion of each passage from the Gospels, together with some writings from the earliest Christians. It was a blessing to have increasing numbers at the study group, including some from the local Eastern Orthodox Church with whom we have such a warm relationship as brothers and sisters in Christ.

Father Peter set off back to Kent after the study, and will return on Saturday, 21st November, to celebrate the Liturgy of St Basil with the Coptic Orthodox Community of St Chad.