Catholic or not Orthodox at all 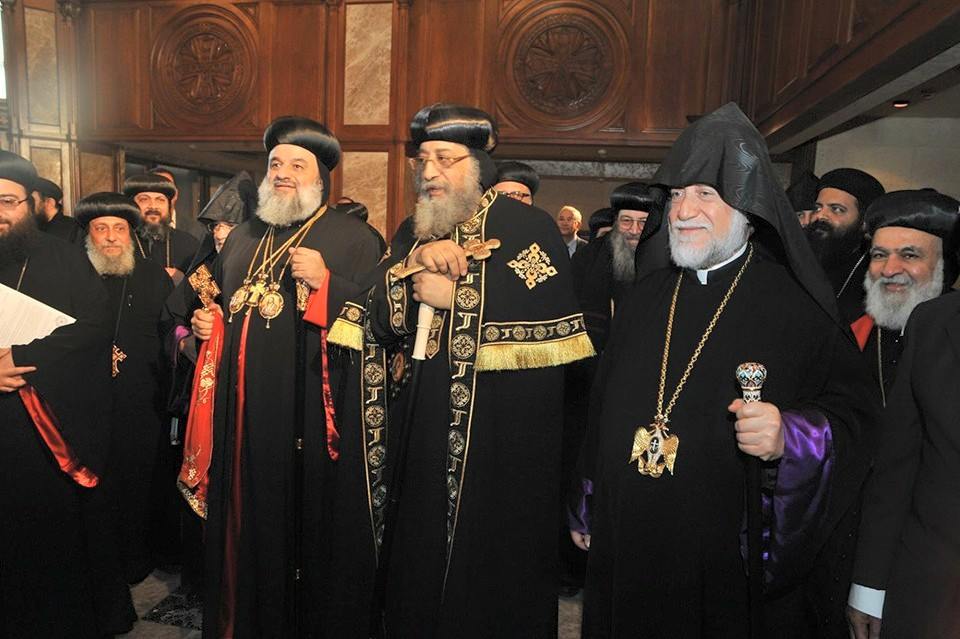 In modern times, Christian communities have become entrenched in cultural identities that were unknown to the early Christians. Indeed St Paul is clear. In Galatians 3 he says…

And in Colossians 3 he says…

You have put off the old man with his deeds, and have put on the new man who is renewed in knowledge according to the image of Him who created him, where there is neither Greek nor Jew, circumcised nor uncircumcised, barbarian, Scythian, slave nor free, but Christ is all and in all.

What do these passages say? It is that if we have become Christians then we have become, together with all others, children of God. And as children of God, our Heavenly Father, we are now no longer divided by culture and ethnicity but find a transcendent unity in Christ. It is that as we are renewed in the image of God, and become more reflective of his own Divine character, we find that those things which cause division among men and women have no hold or affect on us anymore. Cultural and ethnic characteristics, though having some meaning for our life as human societies, are no longer to be the determining factor in our relationships with others, and especially within the Church.

Of course it is impossible to be human without the experience of and participation in culture. Culture describes how we live, and more importantly, the real substance of a community which is passed from generation to generation. Culture, the culture that matters, is not a catalogue of everything we do, but describes the sort of people we want to be, and which we hope our children will become. But when we become Christian our relation to human culture is transformed, and the way in which we live becomes more increasingly identified with the divine society to which we belong.

We value the culture in which we are born and brought up, but the Christian life does not allow us to use that culture as a means of excluding others. Nor is the purpose of any culture the perpetuation of culture for its own sake. Within the Church we are called to discover that in fact the substance of our mutual cultures is the same, a seeking after transforming union with God and with each other. And anything which does not have this aim, however valuable and satisfying and comfortable, in an entirely positive and commendable sense, must be secondary to this divine calling of union with God and all those who belong to him.

The Church understood this. The term it used to describe itself and the Faith it shared with people of all cultures and ethnicities was CATHOLIC. We pray every day, confessing that we believe in One, Holy, Catholic and Apostolic Church. We cannot be Orthodox without an understanding and a commitment that we are Catholic. Catholic is a Greek word, not a Latin one, and it means universal. It comes from the sense of being to do with the whole.

In the second sense, the Orthodox Faith and Church is Catholic because this one Faith is experienced in all places and by all peoples, and is a participation in the divine life that is given and gifted to all peoples by God. To enter into this universally offered life is to share it with all others. This is why, until recent centuries, there was no sense that the Church belonged to particular ethnicities. The names of the various local Orthodox Churches applied only to the places where they were found. Indeed, our own Pope and Patriarch Tawadros, is the Pope and Patriarch of Alexandria, a place, and is not the Patriarch of an ethnicity. Our Liturgy does not speak of the Coptic Orthodox Church, as an ethnicity, but always refers to a place, to Alexandria.

In modern times the Bulgarian Orthodox Church wanted to establish churches only for members of its own ethnicity in Greece. The Patriarchs of the Eastern Orthodox Churches gathered to consider this development and decided that it fundamentally denied the Catholic nature of the Church, and therefore it was not possible to be Orthodox and to separate Christians by ethnicity.

That doesn’t mean that there are easy answers as we consider all of the difficult and complicated circumstances that Orthodox Christians experiences in the West. There are multiple and overlapping jurisdictions everywhere. There are Orthodox congregations who do not share any of their life with other Orthodox in the same city or town. There are Orthodox who feel that they are the only real Orthodox and their culture is the only culture worth expressing Orthodoxy in. But the real problem is found within our own hearts. We cannot easily solve the wider problems of the Church, though we should pray earnestly that our bishops are given grace to do so. But we can seek to experience in our own lives that sense of being united with all those who are in Christ in the places, and cities, and countries where we find ourselves.

How do we do that? I think that we need to develop a greater catholicity in our own lives. We need to read and study the spiritual writings of other Orthodox communities. There is only One Church. At the moment I am reading again the translation of the wonderful and inspiring Armenian Orthodox work by St Gregory of Narek, Speaking with God in the Depths of the Heart. On Wednesday evening I am going to attend a lecture by the translator of this work, Dr. Thomas Samuelian. I am doing this because there is one Church. And we experience this reality of being one Church by participating in the life if the one Church in the place we find ourselves, whatever the ethnic and cultural character of those we meet.

They are not members of another Church, and we are certainly not uniquely the Church, whatever our background. But there is one Church in whatever place we find ourselves, and God invites us to discover this one Church, this one Body of Christ, in sharing the life and worship and service of all the other Orthodox Christians gathered together in the town and cities and countries that we call home. There is no other Church for other people. And when we divide the Church in such a manner, on ethnic and cultural grounds, then we are no longer Catholic, and if we are not Catholic then we are not Orthodox any more.