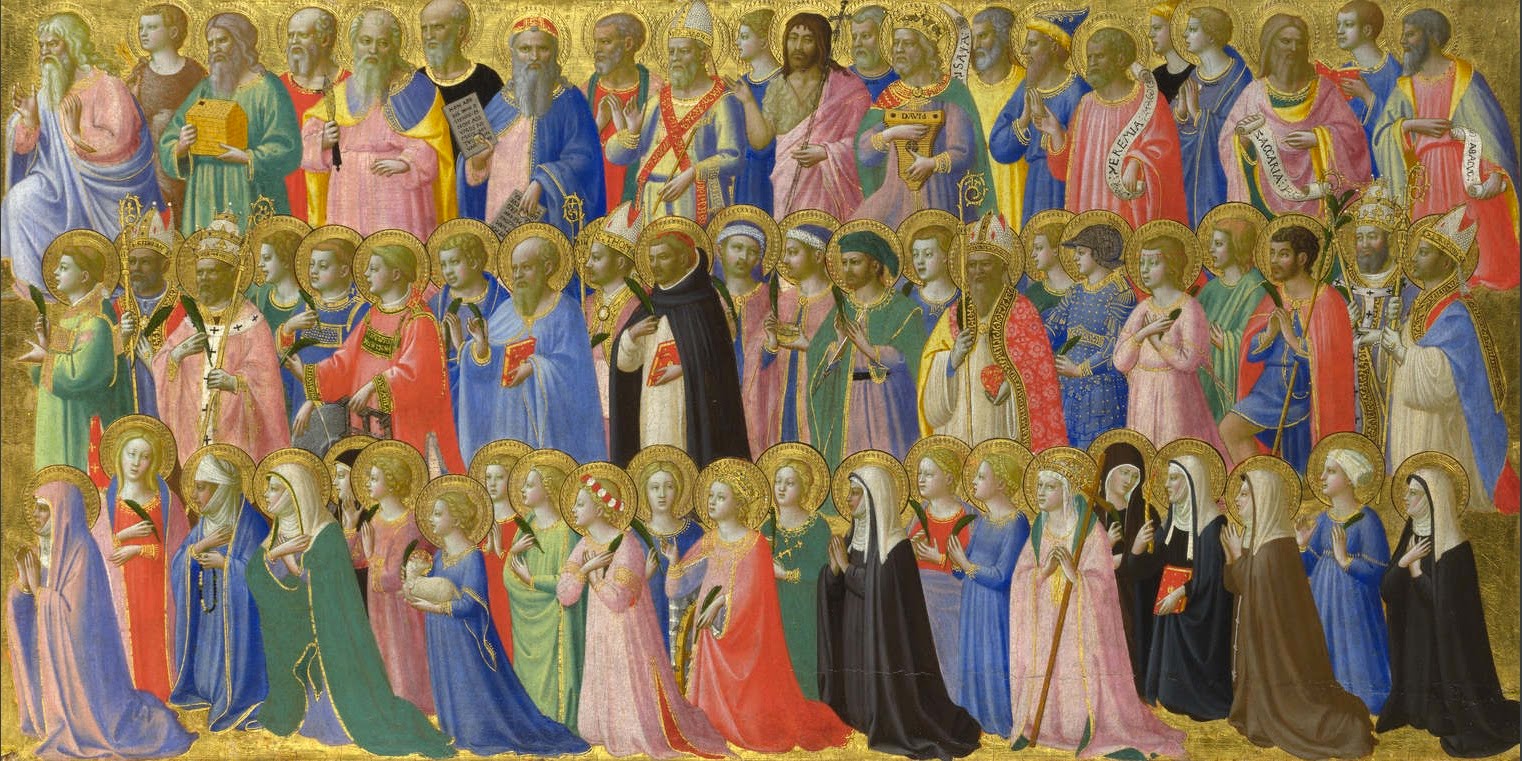 And now I desire to describe to you the excellent history and the great repentance of the blessed woman Thais or Thaisis, for speech concerning her is most excellent, and it is full of encouragement and penitence of soul unto those who love God. Now this woman had a mother who, because her daughter was beautiful of face, made her to take up a position in the market, and the rumour of her beauty travelled unto every place, and those who were living afar off desired greatly to see her; and no man who looked upon her was satisfied with the sight of her face, because she burned like a flame of fire into the hearts of those who saw her, and many by reason of their mad love for her sold whatever property they had to her parents that they might have commerce with her. Now when Bessarion, the servant of God, heard these things concerning this woman and that through her beauty she was dragging many to destruction, he arrayed himself in the apparel of a man who was in the world, and took with him one dinar and went to her, and when he saw her he brought forth the dinar and gave it to her; and having taken the dinar she said to him, ”Let us go into a room,” and he said unto her, “Yes, let us go in.” And having gone in, the blessed man Bessarion saw the couch which was laid out, now it was a very high one, and the woman said unto the old man, “Come, get up on this bed”; and he said unto her, “Do you have another room inside this chamber ?” and she said to him, “Yes.” Then he said to her, “Let us then go in there.” And Thais answered and said unto him, “If it be that you are ashamed of men seeing you, know that no man can see us in this chamber; but if it be God of Whom you are afraid He can see us in whatever place we enter.” And the blessed man Bessarion hearing these words, said to her, ”My daughter, do you know that God exists?” And she said to him, ”Yes, I know that God exists, and that there will be kingdom, and judgement.” Then the old man said to her, “If you know that God is, and that there will be kingdom and judgement, why do you destroy men in this manner?” And at once the woman threw herself at his feet, and said to him, “I know that there is repentance for those who sin. But I beg you, master, to stay with me for three hours, and whatever you wish to do to me that do because of all the evil things which have been caused by me,” and having told her in what place he would wait for her he left her and went away.

Then in that same hour the woman took everything which she had gained by fornication and burnt it with fire in the middle of the city, and she said, “Come, O all of you who have had commerce with me, and see that I am burning before your eyes every possession which l have gathered together by means of sin”; and the things which were burned were worth three hundred pounds of gold, and there were also goods and clothing of all kinds; and after she had burned up everything she went to the blessed man Bessarion. And when Bessarion saw her he took her by her hand and led her along and brought her to a religious house of sisters, and he shut her in a little cell, leaving her only one small window in the wall through which a woman passed in food to her. And the blessed Bessarion said to the head of the house, “Give her a pound of dry bread each day, and water according to her need.” Then the blessed woman Thais said to the venerable Bessarion, “With what petition do you command me to pray to God? That He should forgive me my sins?” The blessed Bessarion said to her, “You are not worthy to pray to God, nor to make mention of His Name with your lips, nor to stretch out your hands to Him; for your lips are unclean and polluted, and your hands are contaminated with impurity; you shall only sit down and gaze towards the East, and you shall say nothing except, ‘O You who created me, have mercy upon me.’

And having dwelt in that cell for a space of about three years, the blessed Bessarion had mercy upon her, and the blessed man went to Abba Anthony that he might learn from him whether God had forgiven her her sins or not. Then having spoken concerning her to Anthony that blessed man called to his disciples, and said to them, “Let each one of you shut himself in his cell all night, and pray to God that we may see unto whom shall be revealed the matter concerning which the blessed Bessarion has come to us this day.”

And when they all had done as they had been commanded and when a long time had elapsed, the blessed Paul, the chief of the disciples of Mar Anthony, looked into the heavens and saw a couch which had been spread with great splendour, and three angels who were carrying three lamps were standing before that couch, and a crown of glory was laid upon it. And having seen all this glorious sight, he said, ‘This couch can only be for my father Anthony.” Then a voice came to him from heaven, saying, ‘This couch is not for Anthony, your father, but for Thais the harlot’; and the blessed Paul rose up early in the morning and related the vision which he had seen. And the blessed Mar Bessarion came back from Abba Anthony in great joy, and he went to the religious house of the sisterhood, and he opened the door that he might bring the woman out from the cell where she was secluded; but she entreated him, saying, “Leave me here until my death, for my sins are many.” Then the blessed man said to her, “Behold the merciful God has had compassion upon thee, and He hath accepted thy repentance”; and then she wished to go forth from her cell. And she answered and said to him, “Believe me, O Father, from the day when I entered this cell I have made all my sins a mighty burden and I have set it before my eyes, in such a way that as the breath of my nostrils has not separated itself from me, so my sins have not separated themselves from me until this hour.”

And the blessed Bessarion answered and said unto her, “God has not forgiven you your sins because of your repentance, but because of the thought which you had — that you would deliver yourself over to Christ.” Now this blessed woman Thais lived after her repentance fifteen days, and she departed unto our Lord in peace. Thus was the crowning of the blessed Thais, who was lost and was found, and was dead and who came to life by the grace of Christ, to Whom belongs mercy, and compassion, and glory, and honour, for ever and ever. Amen.