Hyper-grace is no Grace 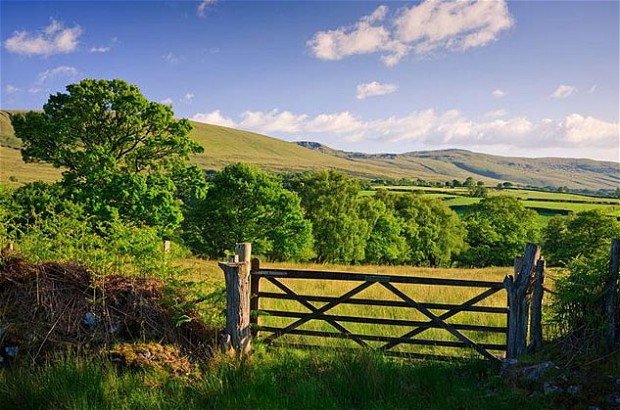 It seems that in recent years, and it was hardly evident in the evangelicalism in which I grew up, a teaching has taken hold which emphasizes the grace of God to the exclusion of other vital teachings such as repentance and confession of sin. Indeed the teachers of hyper-grace maintain that all sin, past, present, and future, has already been forgiven, and therefore there is no need for a believer to ever worry about it. Hyper-grace teaching says that, when God looks at us, He sees only a holy and righteous people.

This is not a new teaching. We find it recorded even in the New Testament, where St Paul had to oppose it. There were those who suggested that since grace had been given where there was sin, then to continue in sin was to invite more grace. This is the basis of the hyper-grace teaching. If everything depends on God, and if already he sees us as entirely sinless and perfect, then we can do what we want, live how we like, and need make no effort at all. Indeed worse than simply believe we need do nothing, this hyper-grace teaching actively rejects any sense of repentance, any ascetical or spiritual effort, as being itself contrary to God’s will, since it suggests that Christians need to get on and change the quality of their lives.

But of course this is entirely what St Paul insists is necessary. To those who say a person is sinless because they accept the fact that Christ died for their sins, or because they prayed a short prayer asking him to be their Saviour, St Paul responds..

God forbid! … Sin must no longer rule in your mortal bodies, so that you obey the desires of your natural self. Nor must you surrender any part of yourselves to sin to be used for wicked purposes. Instead, give yourselves to God, as those who have been brought from death to life, and surrender your whole being to him to be used for righteous purposes. Sin must not be your master; for you do not live under law but under God’s grace. What, then? Shall we sin, because we are not under law but under God’s grace? By no means! Surely you know that when you surrender yourselves as slaves to obey someone, you are in fact the slaves of the master you obey—either of sin, which results in death, or of obedience, which results in being put right with God.  Romans 6:12-16

Now those who teach the error of hyper-grace take a phrase such as that found in the middle of this passage, where it says, you do not live under law but under grace, and removing it entirely from its context they twist it to their own spiritual destruction by suggesting that it means that it does not matter how we live, for everything is covered by God’s grace, all our sin is always forgiven and so does not exist in God’s sight. Such a view precludes all possibility of repentance, it teaches that there is nothing in our lives to repent of.

But what does St Paul say, here in Romans 6 and throughout his letters? He is writing to Christians, and he wants them to be deeply concerned about the state of their lives. He says..

Sin must no longer rule in your mortal bodies, so that you obey the desires of your natural self.

This is not a statement of a fact. St Paul is not saying that sin no longer has any rule over our bodies, nor is he saying that God does not consider sin in our bodies. On the contrary, he is insisting that the Christians to whom he is writing must be conscious of sin, and must not allow sin to gain domination over their bodies. He is writing in such a way that it is clear that sin can gain just such a domination even over a Christian. It is clear that the desires of our natural self are not to be obeyed or to be encouraged. Yet those who teach hyper-grace say just this, that we may indulge the natural self and God sees only the holiness of Christ. This is not compatible with the Christianity St Paul teaches. He warns us that sin matters. That sin can gain control over us, even as Christians, and that obeying the desires of our natural self is the means by which this control is exercised.

What else does St Paul say…

Nor must you surrender any part of yourselves to sin to be used for wicked purposes.

If we are not to surrender ourselves to sin then it must be possible to fall into sin, and to allow ourselves to participate in wickedness. If we are in danger of surrendering ourselves then we are surely engaged in a battle, in a spiritual conflict, in which the outcome is not certain. St Paul would not warn his Christian correspondents in such dramatic terms if in case their sin did not matter at all. St Paul is clear that it does matter, and that in our own lives we can turn to good or ill, even as Christians.

So what are we to do? St Paul continues…

Instead, give yourselves to God, as those who have been brought from death to life, and surrender your whole being to him to be used for righteous purposes.

Now this is written to Christians. To those who have received grace. It is written to those who have been brought from death to life. But St Paul still has to instruct us to give ourselves to God. We are not to surrender ourselves to sin but to surrender ourselves to God, and for righteousness. This is an active process which has to engage our wills. We have to choose to give ourselves to God rather than to sin, and it matters that we choose God because we have been brought from death to life. We need to manifest this life if we are to be worthy of the name of Christ.

How far removed this Apostolic expression of the Christian life is from the teachings of hyper-grace, found in so many places. If we are to avoid sin, and give ourselves over to righteous living then it matters very much that we do not fall under the influence of the dangerous deception that says our manner of life is of little consequence.

St Paul insists, if you have receive grace then show it. Actively and determinedly give yourself to God and to his righteousness each moment, rather than to sin and wickedness. He repeats himself because what he has to say is the very essence of the Gospel,

Sin must not be your master; for you do not live under law but under God’s grace.

Now those who preach hyper-grace distort this passage and make it say that sin is not our master. But it does not say this at all. On the contrary it warns us again that sin can indeed be our master. Maybe these teachers of error will go so far as to twist the verse so that it is understood as saying that we must not allow concerns about sin to master us. But to do so is to abuse the Scriptures and wrench a verse here and a phrase there until it becomes the foundation for an entirely false Gospel.

St Paul warns us that sin must not be our master, in the same way that he has warned us that we must not surrender to any wicked practices. Sin is not a vague sense of having done wrong, it is the choice of the will away from God and towards evil. It is this which St Paul warns against, encouraging those who are already Christians to surrender this active movement of the will to God and to righteousness, because it is possible for us as Christians to surrender the will, the constant movement of the will, to wicked practices. The teachers of hyper-grace will say that there is no wickedness for those who have become a Christian, but if they do so then they are no followers of the Gospel which St Paul preaches.

What, then? Shall we sin, because we are not under law but under God’s grace? By no means!

This is what the hyper-grace message proclaims! Do what you want! God loves you anyway. Don’t worry about sin! It’s all been forgiven and taken away so that God doesn’t even notice it.

What a deadly lie. It completely misrepresents what it is to be under grace. Sometimes grace is described as God’s Riches At Christ’s Expense. But we can easily see that this is not so. In the first case the New Testament was written in Greek and not English. The word used by St Paul is charis. This does not refer to some reservoir of merit, or some means whereby the wrath of God was turned away from man, but describes that graciousness, that manifestation of the divine life and love, which God freely offers in Christ. To receive grace is to share in the life of the Holy Trinity, not by changing into divinity which is impossible, but by participation in transforming love.

To receive grace, to receive life, is to be changed, and the very experience of transformation, to the extent we participate in such transformation leads to a greater and increasing desire for grace and for further transformation into the likeness of Christ, whose life this grace is.

Surely you know that when you surrender yourselves as slaves to obey someone, you are in fact the slaves of the master you obey—either of sin, which results in death, or of obedience, which results in being put right with God.

Once again it must be remembered that St Paul is writing to Christians just like us. What is impossible to avoid is his teaching that we are faced with a choice between becoming slaves to sin which will lead to our death, or to obedience, which will allow us to be put right with God. This is not an instruction for non-believers. This is not describing that choice for God in faith which we make at the beginning of the Christian life. On the contrary, St Paul is describing the ongoing need to deliberately choose God in obedience and to resist sin, not just once, by day after day as we seek to continue being put right with God in righteousness.

St Paul does not describe a Christian experience that lasts only in the moment of having faith. He describes the Christian experience as being one of a lifetime. Having entered into a relationship with God at the beginning of faith, St Paul absolutely requires us to persevere in this pilgrimage by choosing God and good in obedience, rather than choosing sin and wickedness. It is a real choice and it matters, because only the way of surrender in obedience leads to a deeper and transforming experience of being put right with God.

But this is entirely what those who preach hyper-grace deny. That continuing journey of active and deliberate obedience for the sake of being put right with God. Christians have called this sanctification. Hyper-grace rejects it, and in rejecting this continuing process those who teach this perversion of Christianity set themselves apart from the Gospel.

More will be said about the Orthodox understanding of grace in due course, and especially the charge that Orthodoxy is a religion of works, an accusation that is so far from the truth. But it is enough to say that the false teaching of hyper-grace, that we need do nothing towards our sanctification, is utterly condemned as leading those who trust its easy but false Gospel, away from a true experience of the divine life and love.