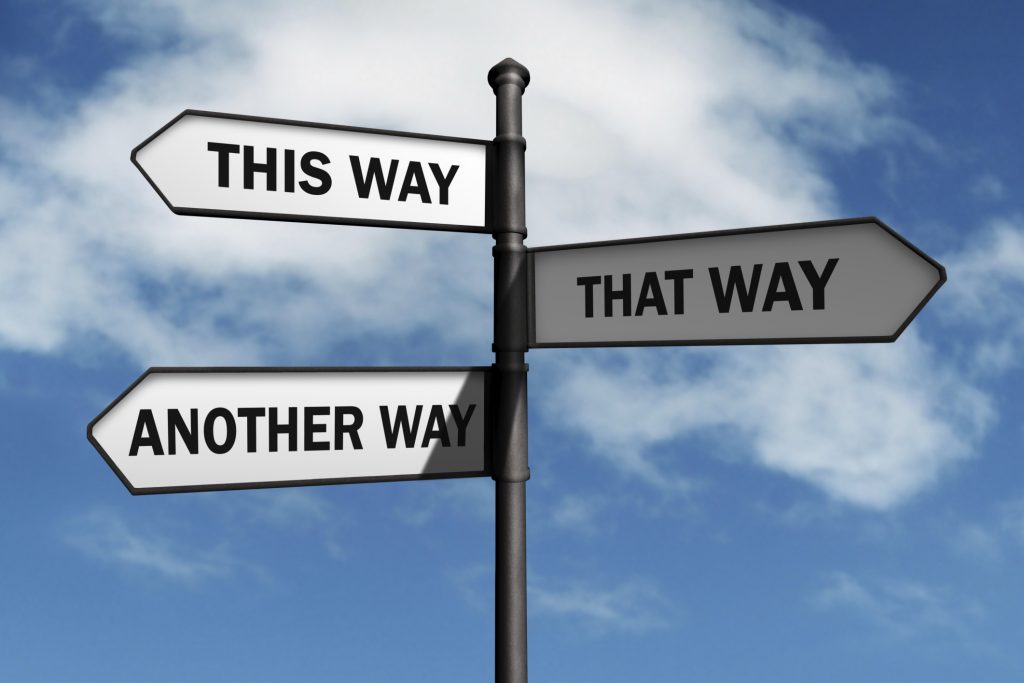 We all have opinions about everything. That’s normal. During the Euro 2016 taking place in France at the moment, everyone has an opinion, often different to that of the referee or the TV commentators. The problem with opinions is that we can give our own views a degree of authority that they do not warrant and that can not only cause problems, but can be downright dangerous.

In most areas of life we know how much authority to give our opinions. We don’t allow people to engage in brain surgery just because they have seen a documentary and have some firm ideas about what is required. If someone insists they know what to do, but cannot show any evidence that they have the requisite skill and experience, then they are very likely to be escorted out of the hospital, if not sent for treatment themselves for mental illness.

It seems to me that there are only two areas of life where the authority of any and every opinion is allowed. In the first case, it is those trivial areas of life that have little or no consequence, and in the second case it seems to be in the area of Christian doctrine and spirituality.

If I ask you what your favourite football team is then it hardly matters whether you say Manchester United or Arsenal, Uruguay or Portugal. You have the complete authority to say whatever team is your favourite. If my wife asks me which fabric I prefer for curtains, then while trying to work out the correct answer according to her opinion, I am still notionally free to choice either or none. In all of these trivial matters I have the authority of my own opinion.

But if I was asked, beyond my own unique preference, which was the highest scoring football team in the English Premier league, then even if my favourite team was Fulham, and I attended all their matches, I would be wrong if I named them. My views would be incorrect, if I insisted that Fulham either scored the most goals, or won the most points. They did neither. When it comes to opinions beyond our own trivial preferences we must be subject to truth and error, right and wrong. If I insisted that in my opinion Fulham had won the league then not only would I be wrong, but I would be considered insane to place my opinion over that of the facts.

Of course we may be let down by others. But this is because they turn out not to have opinions and views which are based firmly on knowledge and experience. We would be foolish indeed if we said that because a Doctor had made a wrong decision at some point in the past we should only ever trust our own opinions.

Yet in the area of Christian teaching and spirituality many people are under the great delusion that their own opinions are completely authoritative. This is not only a foolish view but it is very dangerous. There are several reasons why such a delusion has taken hold of otherwise sensible people who would trust a Doctor for medical opinion over their own, or would trust a Builder for construction opinion over their own.

Modern Western societies have individualised the experience of Christianity so that many people assume that it is no-one else’s business what they believe. This would have been inconceivable until the last century. But to a great extent people believe that they can read the Bible and whatever opinion comes to mind is as valid, that is as authoritative, as that of anyone else.

But as a matter of fact Christianity is not individualistic. Each one of us must have faith and trust in Christ ourselves, but we are not free to think and believe about Christ as we choose. That may be a person’s opinion, but they are wrong. As a matter of fact, Christ promised a community, the Apostles and Disciples, that the Holy Spirit would lead them into all truth. Therefore from the very beginning the Christian Faith was never a matter of personal opinion.

And as a matter of fact, it is this earliest and Apostolic community which was led into truth and none other. The promise was to a particular group of people who lived in the first century. Here is what Christ said…

Howbeit when he, the Spirit of truth, is come, he will guide you into all truth: for he shall not speak of himself; but whatsoever he shall hear, that shall he speak: and he will shew you things to come. John 16:13

Whose opinion counts when it comes to the Christian Faith? It is surely not ours, but that which these Apostles and Disciples learned by the Spirit of Truth. Whose opinion counts next? It is surely not ours, but it is that which those who were taught by these men learned by the same Spirit of Truth. Here is what the great Irenaeus, a Church leader in the early centuries said about this truth as he had been taught it himself by the famous early martyr, St Polycarp, the Bishop of Smyrna…

But Polycarp also was not only instructed by apostles, and conversed with many who had seen Christ, but was also, by apostles in Asia, appointed bishop of the Church in Smyrna, whom I also saw in my early youth, for he tarried on earth a very long time, and, when a very old man, gloriously and most nobly suffering martyrdom, departed this life, having always taught the things which he had learned from the apostles, and which the Church has handed down, and which alone are true.

Our opinion doesn’t count. It is this teaching which is authoritative. We can certainly say with authority I prefer this hymn, or I find this psalm the most inspiring. But when it comes to the substance of our Faith and Spirituality we cannot, without being deluded, insist on any opinion which is different to that of the early Church.

The opinion of the Apostles is the sure testimony on which our Faith is based. We are not free to read the Scriptures and make it up as we go along. It is not preserved in the text of the New Testament to be manipulated by all and sundry as we choose. But it was lived out by the early Church and they have left their own testimony, as those who were taught by the Apostles, handing down only those things which are true.

It is a great delusion to imagine that our opinions about Christian teaching and spirituality are more authoritative than that of the Apostles and those who faithfully preserved their teaching. If what we believe is at odds with what they taught then we are wrong. To insist on our own opinion, as if we alone know how to interpret Scriptures and do so better than those the Apostles taught is pride or deception.

Do not deceive yourselves. Our opinions are not as authoritative about Christianity as we like to imagine. The early Church is the witness to what authentic Christianity teaches and practices. We deceive ourselves if we refuse to learn from them.