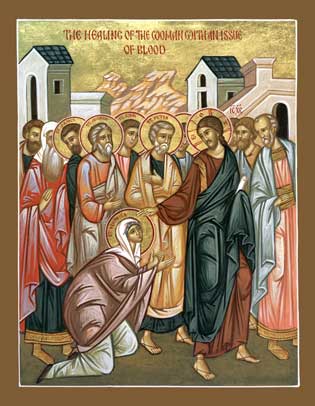 I am a priest of the Coptic Orthodox Church, and have been a member of the Coptic Orthodox Church for 22 years. I am not accidentally Orthodox. I am Orthodox because of a determined choice first made in 1994, and which I have continued to make year by year, day by day. I am a traditionalist. I value, most highly indeed, the Apostolic and Patristic doctrinal and spiritual Tradition which is the basis of our participation in the life of the Holy Trinity by the grace of the indwelling Holy Spirit, and which is the meaning and substance of the Christian Gospel.

But I am not convinced that being a traditional Orthodox Christian is to simply repeat without any reflection the teaching and practice we find in the Church at any time. Even a superficial knowledge of the life of the Church in recent times allows us to understand that many things which are becoming universal, and seem to be traditional, have in fact only been introduced into the Church in the last decades. Other practices are long-standing but do not have a clear origin which is consistent with the wider Orthodox theological and spiritual Tradition. This does not mean that everything, or anything, is up for grabs. But an intelligent and thoughtful commitment to the Tradition permits, and even requires, that we ask questions of our own experience of the Tradition in each generation and in the various cultural contexts in which we seek to be faithful.

When we are unwilling to reflect on how we live out the Tradition in this time and place, in our own context, then we are not in fact being Traditional at all. We have ceased to recognise that the Tradition is not a static body of commandments which must be adopted in the same way by all people in every time and place. Rather it is the living experience of the life and guidance of the Holy Spirit in the Church who makes possible the living out of an authentic Orthodoxy when we submit to the living and divine spirit of the Tradition rather than the letter. This is not an excuse for changing anything, but it expresses the sense that to refuse to reflect on the implementation of the Tradition is to fail to value the Tradition, and it is to have an external appearance of being a Traditionalist while only being a pseudo-Traditionalist.

It is also the case that the Tradition must be more than a collection of propositions and practices which must be accepted without question. There is a need for humility of course. But humility should never be made an excuse for demanding silence in the face of confusion. When questions are asked they should be regarded as opportunities to reflect on the Tradition and they should indicate that there is some aspect of the intersection between the cultural context and the Tradition which requires a thoughtful and serious response.

The introduction of Orthodox communities into the West, and indeed into other cultures, has prompted a range of questions which require answers. These are not manifestations of wilful disobedience, rather they are a natural development as the Church must express the Tradition, as the life of the Holy Spirit, in a new context. The living out of the Orthodox Christian faith in a hostile pagan Egypt required one period of reflection. The development of the Orthodox Faith in an increasingly Christian Egypt produced further reflections. Living out the Orthodox Faith in the face of Byzantine opposition, then Muslim occupation, demanded yet more reflection. It is not unusual or unexpected that now, as an Orthodox community present in many places around the world, a further reflection on the expression of our Traditional Orthodoxy is necessary. This is not a novelty, nor is it a failure to be committed to the Tradition, rather it is what Orthodoxy has always done, and must do again, to preserve the Tradition and not allow it to become a dead letter.

In our present times there are many questions which are asked by Orthodox women within the Church. It is not appropriate or fair to consider that simply because the present practice of the Church is established in a certain way that these questions are not to be asked, or represent a disobedience of heart. Nor does it ever seem reasonable to me that one who asks a question, unless it is in respect to some mystery which God has not revealed, should simply be told – it is how it is.

In respect of a question such as why the men and women stand on separate sides of the Church. Some might say it is because women are a temptation to men. This strikes me as an attitude that has too much been affected by Islamic views. Nevertheless, the sort of reflection which I am insisting should be conducted, shows us that in fact even in England until the 16th century Protestant Reformation, men and women stood on separate sides of the Church. It is more complicated than those who insist it is only an Islamic practice appreciate. But it is also more complicated than those who insist it is a necessary protection for weak-willed males appreciate. And this is the case for all of these topics which I intend to consider in some depth.

There is no simple answer to some of these issues. And whatever reflections I produce are only that. Reflections of a reasonably well educated traditional Coptic Orthodox priest who has some grasp of theology, spirituality and history and wishes to apply that knowledge and understanding in a sympathetic manner to the questions that members of our Orthodox community are actually asking. They are at best a contribution to a discussion, not a dogmatic assertion of opinion. If there is disagreement it should be based on a response to these same materials which I will consider in these posts. Simply asserting a different opinion is not a reasonable form of dialogue.

And the issue of men and women standing on other sides of the Church is perhaps indicative of part of the problem in engaging in a study of these topics. There are those who will insist that men and women must be separated, even for the sake of male temptation. But I find very few at all who object to the practice of having seats and pews in our Churches. If we are just going to repeat what we consider to be Tradition, without reflection, a practice I call pseudo-traditionalism, then like the Jews, we must adopt the whole Law of Tradition and not be negligent in any matter. If a male finds himself critical of the idea of a woman sitting on the male side because it is against the Tradition, then he must ask himself why he is not troubled by the fact that he is himself sitting when this has never been part of the authentic Orthodox Tradition until recent times.

So if we are going to use the Tradition as Law then we must live as those under the Law, all of us, and not simply apply the Law to others. But if the Tradition is Life, the life of the Holy Spirit lived in the Church, then we must reflect with humility, intelligence, thoughtfulness and patience as to how the Tradition of the Church, which is not and has never been monolithic and unbending, should be applied to different times, people and places. This is what it is to be a Traditionalist in my opinion.

With this in mind I am preparing a series of blog posts that will address some of the questions that serious, devout and intelligent Orthodox women often ask, and have often asked me. The first will consider in detail the issue of women and the reception of communion during their monthly period.