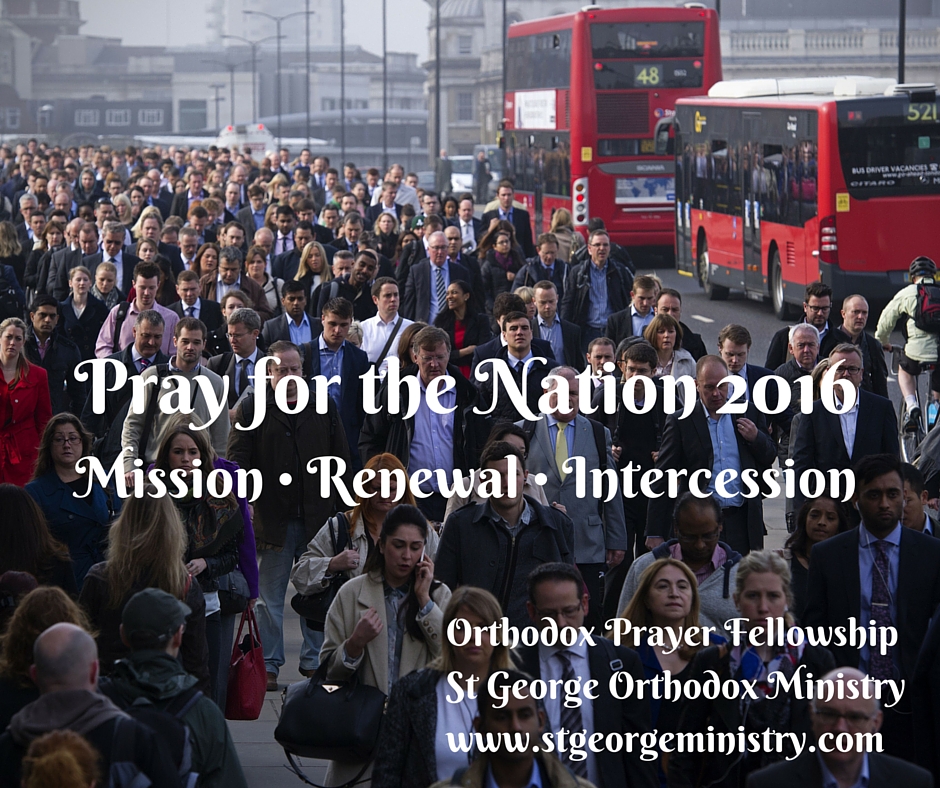 Now, more than ever, Britain needs the committed and faithful prayers of Orthodox Christians. Things are getting worse by so many different measures. The common cultural bonds which held our society together for so many hundreds and even thousands of years are being undermined, and the people of Britain, though still wishing to consider themselves Christian, in fact are more ignorant of the substance of the Christian message than ever before.

The consequences of decades of social developments apart from, and even in opposition to, the Christian heritage that was once a shared view of the world have led to more sadness, hurt, pain and disappointment than could have been imagined. Almost everyone in Britain is connected to the internet, but loneliness is a plague that affects both old and young. In one of the wealthiest nations of the world there are those who are hungry and homeless. Abortion, sexual immortality of many kinds, greed and excess, a dangerous narcissism that thinks only of self. This is the substance of a nation developing without knowledge of Christ.

There is a necessary place for political and social action. But above all, the conflict we face is against spiritual forces of darkness, and our weapons are prayer, fasting and service of others in love. The St George Orthodox Ministry invites Christians to pray with us for the sake and salvation of our nation in 2016. We will send out a short newsletter at the beginning of each month to members of the Pray for the Nation 2016 mailing list, which will include a reminder of our commitment, and suggestions for prayer.