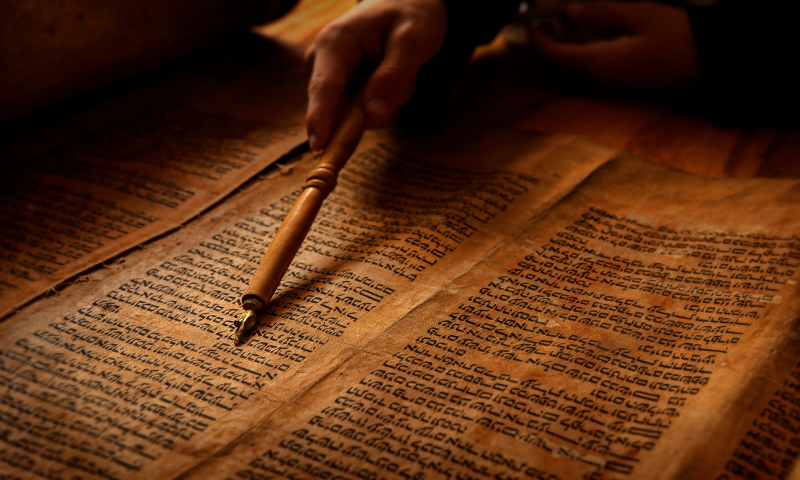 I am not afraid of technology. I just wanted to get that sorted out right at the beginning. My last job, before I was ordained a priest, was IT Manager of a manufacturing company. I’ve spent nearly 20 years developing websites, especially database driven ones. I have a modern smartphone, and it naturally has the Coptic Reader App installed on it. I carry a digital projector in my car and use it for Bible studies and lectures. I’m not afraid of technology.

But I think that we are in danger of losing something important, something necessary, if we allow technology to play a greater part in our spiritual and liturgical life than is appropriate. I don’t like TV screens in Church. I think that if we are worshipping in a language that we understand then generally we don’t need to be following the Liturgy in a book or through Powerpoint. Most of our ancestors for 2000 years never needed to use a book, let alone a TV. But I accept that this is not a general view, and I don’t spend my time thinking that my opinion should prevail, as long as the icons on the iconostasis are not obscured. I’m not a big fan of microphones either, but I have got used to the fact that it is impossible to pray the Liturgy without several microphones being handed to me.

I find Coptic Reader as useful as everyone else, especially in an emergency, or when I quickly need to find the right words. Nevertheless, as the Book of Revelations says, I have a few things against the modern trends, which concern me much more. I think these are not personal preference, and not even things that need to be put up with at the moment, but things which change and subvert our participation in the life of the Church.

In the first place, and I am trying to write in a positive and not a negative manner, the books of the services of the Church are not simply the means that we use to remember the words and make them available. The books in which the texts of the services of the Church, and the books of the Scripture Readings, and the books of the Synaxarium, become holy in themselves. They are as sacred as the printed and written text of the Bible. They are icons and incarnations of the divine life and light as much as those which are on the iconostasis.

During the early centuries of the Church, these precious books were in the care of the Readers of the Church. They would preserve these texts with their very lives. Many of those who were martyred were Readers who refused to hand over the books of the Church, the Scriptures and the service books. The veneration in which these written texts were held, and the procession of the Gospel Case is only a very small reminder of how spiritually significant the written word was, only came to be undermined with the mass production of texts in the age of printing, because at first, of course, each book was written carefully by hand, as if it was an icon in words.

This historic attitude to the texts of the Church always stood as a reminder that this material world is transformed by the divine life and energy. The human gift of material components, and time and effort, and prayer, bore spiritual fruit in an artifact that became part of the deified realm, and had within it the power of God, in words of prayer, and Scripture, and the lives of the Saints. We would not leave the Gospel Case lying around, as if it was of no importance. But I believe that even in this age of digital texts, however useful these really and truly are, there should be a collection of service books of the highest material quality in the Church, which are treated with the utmost care, as if they were what they are, precious components of the liturgical service, and not just rather disposable and temporary means to an end.

Whatever else we use in the Church, I do believe that there should be a valuable and valued collection of Altar Books, Lectionaries and the Synaxarium. Printed and bound with the greatest care and skill. Handled with veneration and preserved from generation to generation. There are reasons this has been difficult. Not least because the process of translation into Western languages is still ongoing. But I hope that we can restore a proper respect for the actual physical texts of the Church, so that we do not lose sight of them as having an iconic property, and so that we are not swept along in the digital age with the sense that everything is impermanent.

The written text has only one function. It doesn’t run games and other apps. We can’t use it to talk to friends. It exists only for the purpose of holding within its covers and binding the sacred texts of our prayers and worship, and each time it is carefully handled and used, it become more and more infused with grace so that it become holy in itself beyond the words it contains. An app on a smartphone cannot present this to us, and it should not try to present itself in such a way. We are diminished if we do not restore the sacred volumes as powerful aspects of our liturgy.

In the second place, I am concerned that we are not always as careful in our use of iconography as we should be. This is not a matter of preference at all. I see what I think is bad iconography and good iconography. I receive it all as an icon of the one portrayed in the image. It is not so much the quality of the iconography that concerns me, although it does seem that we too easily accept a low quality of expertise. What concerns me is when we take no care to use iconography with the respect that is due to it. I have briefly mentioned the case of TV screens obscuring the iconostasis. But I also have in mind the production of a colour print from a home computer of a low quality image from the internet, to serve as an icon for a feast day. Or even worse, using an image in a smartphone or tablet.

Surely we should be better prepared, if we wish to honour God. The feast days are not a surprise. Nor is it difficult at all to obtain high quality prints from many very qualified iconographers. These should, at the least, be mounted properly on a proper piece of wood, so that they can also become spiritually transfigured and become the means of grace, treated with the utmost veneration. If we have not cared enough to prepare for a feast it would be better to have no icon at all, than to have one printed casually in such a way, or displayed on the same small screen that we use to play Angry Birds or send trivial messages to our friends.

Things matter. The material of this world matters. God intends that it be transformed and transfigured by grace at our hands. This is why we venerate the relics of the saints. They are those men and women whose very bodies have been infused with grace. This is why the altar cross is not treated as a common thing, or the Gospel Case, or the Paten and Chalice. We would not imagine using the Paten to serve sandwiches at the agape, or the Chalice to share in a Pepsi. But when we use the poorest quality pictures, as if any picture will do, or cense an image on a phone, we are doing exactly this. The icons we use should be prepared in the best way that is possible, by those with the greatest skill, so that they become precious things which are more than wood and paint, but illuminated and illuminating with the divine light.

This is not a complaint. It is not about things I don’t like. It is about how we believe as Orthodox Christians that matter is transformed and becomes spiritual. It tells us something about our own lives. It says that we also may offer ourselves to be transformed. When we treat the things of the Church as disposable, temporary, digital, then we are teaching ourselves that our own lives are like that. We are denying that we also can become transfigured by grace. Yet the Christian message is entirely about the renewal and restoration of the divine image in man, and not that man is replaceable and unexceptional.

The very books of the service of the Church need to be something that we handle with veneration and pass on as a spiritual treasure. The icons and images that we use need to be of the highest quality possible, so that even printed icons are treated as valuable and are produced with care by those who can do so. There is value in the digital. But we should not imagine that everything in the Church needs to become subject to modern technology. There is a reason that we need and should preserve THINGS which have become precious and holy and infused with grace. They tell us something about ourselves, and they are truly a means of experiencing the divine presence. .

Technophobia! added by cmadmin on 29th May 2017
View all posts by cmadmin →