The Feast of the Transfiguration 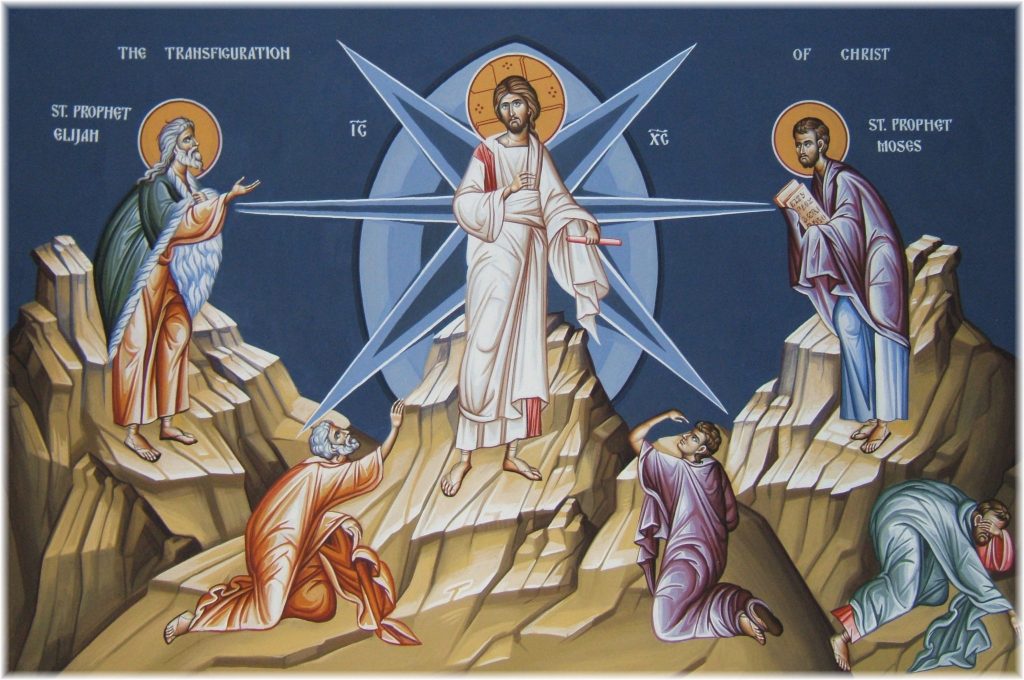 In the account today from the Gospel we heard the well-known passage in which our Lord Jesus Christ, the Word of God incarnate, took some of his disciples up onto a mountain, and there he was transfigured before them. We believe and confess that the humanity of our Lord Jesus was of the same substance as our own, and that while remaining always divine according to his own incomprehensible divine nature he also became man without change for our salvation in of the Virgin Mary and the Holy Spirit.

At this time, we are also, in the Coptic Orthodox Church of Alexandria, keeping the Fast of the Virgin Mary, a season of fasting before we commemorate her own repose and the assumption of her body into heaven.

When our Lord Jesus revealed himself transfigured, he was manifesting that divine glory which im-penetrated his humanity, but which in a divine humility he kept veiled from sight. His humanity was the same as our own, liable to pain and suffering on the cross, able to experience death, yet it was filled with divine glory because it was the humanity of not just an ordinary man, but of God the Word himself.

The Virgin Mary was also one of whom it was said that she was ‘full of grace’. This was part of the angelic salutation to her at the Annunciation. The angel said…

The Holy Spirit will come upon you, and the power of the Most High will overshadow you; therefore, the child to be born will be called holy—the Son of God.

In the Orthodox Church the Virgin Mary is honoured because she was that one in whom God had found favour, and who was filled with the divine grace of the Holy Spirit. In Jesus Christ himself the glory of transfiguration which the disciples saw was his own glory as God. In the Virgin Mary, as an entirely created being, it is the glory of God which is revealed in her and we see her as the example of the Christian life lived to the full, in which Christ himself is brought to life and birth in the believer.

Elizabeth her cousin saw this hidden glory. Her greeting says…

Elizabeth was filled with the Holy Ghost and cried with a loud voice: Blessed art thou among women, and blessed is the fruit of thy womb. And whence is this to me, that the mother of my Lord should come to me?

This hidden and divine glory was seen and known by those who were also filled with the Holy Spirit. It was the same transfiguring divine presence. In Christ himself it is his own glory with which he is transfigured. In the Virgin Mary it is the same glory of God manifested in her life of humble obedience to the will and word of God. And in our own lives? What is the manifestation of that same divine presence?

It will be found in the same humble obedience to God. In that same seeking after being filled with the Holy Spirit. In that same union with God in the heart which the Virgin St Mary experienced in an overwhelming sense, but which may be our own experience. In that same wholehearted giving of self to the service of God.

It is not our own glory. And when we seek to glorify ourselves we cannot experience this divine transfiguration at all. It is when we have abandoned all desire for self, all pride, all selfish ambition and given all that we are and all that we have and all that we hope to be to God, that filling us with his divine presence we begin to manifest a glory that is not our own but which transfigures us and reveals the glory of God, his love and life, in us and through us to the world.

Glory be to God forever. Amen.