Understanding “On the Incarnation” – Chapter 5

On the Incarnation – Chapter  5 Text 1. For God has not only made us out of nothing; but He gave us freely, by the Grace of the Word, a life in correspondence with God. But men, having rejected things eternal, and, by counsel of the devil, turned to the things of corruption, became the […]

An Introduction to Orthodoxy – Bishops

Chapter 31: The Episcopate From the earliest years of the Church the role of bishop, or episkopos, has developed as a means of preserving the ministry of the Apostles into the more settled situation of organised Christian communities. The Apostle Paul, in his letters to Timothy and Titus, describes the moral character of the man […]

The Virgin Mary and Orthodoxy – Part 1

By cmadmin on 30th May 2016   Discovering Orthodoxy 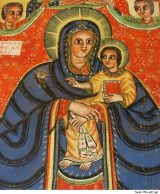 It is undoubtedly the case that the Virgin Mary remains a great obstacle to people from an evangelical background considering the claims of the Orthodox Faith to be the one Church which is the Body of Christ, established by the ministry of the Apostles in the power of the Holy Spirit. This would hardly have […]

There Must Be More To Life Than This?!

By cmadmin on 23rd May 2016   Discovering Orthodoxy

Hello. I am Father Peter Farrington. I’m a priest of the Coptic Orthodox Church, the ancient Church of Egypt which was established by the preaching of St Mark almost 2000 years ago. I’m not an Egyptian. I am British, and was brought up in an evangelical protestant home. For the first 25 years of my […]

By cmadmin on 22nd May 2016   Discovering Orthodoxy 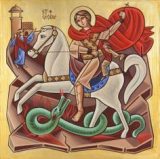 Shorts – What about icons?

In this series of short posts, which will become videos when I get my voice back, I intend to respond to some of the questions that evangelicals often have, and which I had myself, when Orthodox Christianity is first encountered. I will try to answer in a manner which is honest and respectful, simple and […]

Some thoughts about Penal Substitution

It seems to me, from my study of St Cyril and St Severus (which I am not suggesting is comprehensive), that the Anselmian notion of Penal Substitution is very far from their own Orthodox teaching. Indeed I do not believe it is Orthodox at all. This does not mean that there is not a place […]

The Evidence for Jesus 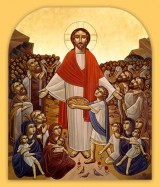 The unit discussing the evidence for the existence of God set out to show that there was entirely valid and solid justification for a belief in some sort of creating deity outside the universe. But having a belief in a deity is not the same as having faith in Jesus Christ, the basis of Christianity. […]

Why do I need to be baptised?

You are becoming attracted and even convinced by the teachings and practices of the Orthodox Church as far as you understand them. It seems as though the next step is to become a member of the Orthodox Church. But looming up in the distance is the confusing requirement of baptism. Surely as folk who have […]

Growing up as a committed evangelical Christian I always struggled to develop a regular spiritual life because I had no models to follow and received no instruction from my congregation. One of the great blessings in discovering aspects of traditional and liturgical spirituality has been to find a whole science of spirituality already described in […]