Homily for the Feast of Pentecost 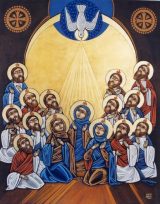 Today is the joyful feast of Pentecost. It is the day in the year when we especially commemorate with thanksgiving the coming of the Holy Spirit upon the Apostles and other followers of Christ who had remained faithful, and continued to gather together both through the despair of the cross, the joy of the resurrection […]

If there is a God, this would be a good time to show yourself!

In a time of global upheaval, and while so many people are anxious and afraid for themselves and for their families, surely this would be a time for God to make himself known, if he really exists? This is an interesting question, but it presupposes that someone who asks it is looking for God in […]

Apostolic Succession – What it is and what it is not!

For most members of the Orthodox Churches the doctrine, or teaching, about the Apostolic Succession is not often discussed, even though it represents an essential foundation of every Apostolic and Orthodox community. Orthodox Christians might be aware of the consecration of their particular Patriarch or Catholicos. Perhaps the might have seen video or photographs of […]

The Diophysite Christology of the Oriental Orthodox

Very often our adherence to particular phrases becomes no more than sloganeering and we lose any great interest in actually communicating what we believe or understanding what others might be saying. St Paul warns us against this in his first letter to St Timothy, when he writes, “Remind people of these things, solemnly urging them […]

An Orthodox Perspective on the Primacy of the Pope of Rome

The issue of papal primacy is not one that can be simply swept under the carpet. Orthodoxy is an hierarchical community and the practical aspects of primacy are visible at many levels. The one that is most familiar is that of the primacy of a Metropolitan bishop over the metropolia which has been committed to […]

The Spiritual Character of the Preacher

I was blessed indeed to be invited to speak briefly at the European Clergy Conference in 2015. This is the short message I presented to the bishops and priests gathered there. The spirituality of the preacher, the topic on which I have been asked to speak, is not concerned with the techniques we might use […]

Understanding “On the Incarnation” – Chapter 12

By cmadmin on 5th May 2020   Father Peter Farrington

On the Incarnation – Chapter 12 Text 1. God knew the limitations of mankind, you see; and although the grace of being made in His Image was enough to give them a knowledge of the Word and through Him of the Father, as a safeguard against their neglect of this grace, He also provided the […]

It seems to be received as an historical fact that after the Council of Chalcedon those Christians who refused to accept its decisions and doctrinal statements were immediately isolated and rapidly withdrew into their own communion. This opinion is far from reflecting historical reality, and yet it is often presumed to be true by Oriental […] 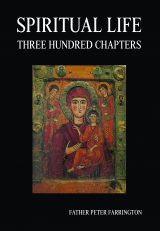 This is a collection of 300 short passages or chapters about the Orthodox spiritual life which I have composed over recent years. They are an expression of my own spiritual pilgrimage, understanding and experience of the Orthodox life. This little volume is not intended to be read all at once, but to be to a […]

In the Name of the Father, and of the Son, and of the Holy Spirit. Amen. When our Lord, God and Saviour Jesus Christ was taken by wicked men and nailed to the cross and crucified, he was not a helpless victim of circumstances. He had already said to his disciples… I lay down My […]