Do not use vain repetitions…

When our Lord Jesus was about to teach his disciples how to pray in the words that begin, Our Father… he warned them, do not use vain repetitions, as it is translated in the New King James version of the New Testament. (Matthew 6:7). This often seems rather an embarrassing verse for Orthodox Christians, since […]

We only understand how we are who we are when we consider the influences that have come to bear on our ancient community. This is true of the controversies and pressures which were faced in the distant past, in times of theological disagreement and persecution, but also in regard to more recent experiences which have […]

Why do we need to pray?

Someone asked me… if God cares infinitely for every soul, then what does our prayer for one another add or what’s it’s purpose? This is a good question. I would start by saying that we can care for someone and yet not wish to do everything for them or without their participation because we might […]

How was Christ said to become a curse for us? Of the three thousand or more letters which we know that St Severus wrote during his very active ministry, we have several hundred persevered to our own times. Letter LXV, has the title: From the Letter of the same Holy Severus to Eupraxius the Chamberlain […]

Wales is a land which has rightly been said to have been built on the saints, and almost every other town or village is called Llan-something, which represents the Welsh word for a monastery or church enclosure. Usually the name of the place refers to the ancient Orthodox saint who founded the monastery or church. […]

You must be born again!

Our Lord Jesus famously spoke about the new birth when he addressed Nicodemus, one of the Pharisees, who had come to Jesus in the night. In John 3:3-7 he says… “Most assuredly, I say to you, unless one is born again, he cannot see the kingdom of God.” Nicodemus said to Him, “How can a […]

I have been reflecting on what I mean and understand by mission in the context of our Coptic Orthodox Church in the West. Others may use this word and other associated words in a variety of ways. I am not suggesting that they are wrong to do so, nor am I criticising any other model. […]

By cmadmin on 3rd May 2019   Father Peter Farrington 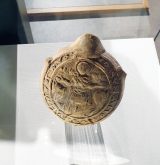 Norton Priory is just 15 miles from the Coptic Orthodox Church of St Mary and St Cyril IV in Liverpool. Perhaps it remains unknown to many people. Just one of hundreds of ruined monastery sites in England. In the County of Cheshire alone there were once more than 30 monasteries. There were many hundreds across […]

The Reason for Two Easters

It is confusing to many people that there are two dates used to celebrate Easter. In fact, the calendar is rather complicated, and without all the scientific instruments we have today it is not a simple matter to work out how long a year is so that it can be divided up usefully. We can […]

Relations between the Pro and Non-Chalcedonians in the 6th Century

PDF version available here Abstract In the period 571 – 577 A.D. there was a sustained persecution of the non-Chalcedonian communities in Constantinople by the Patriarch John Scholasticus. During this persecution he tried to bring about unity by a forced reception of the Holy Mysteries. When he began to require re-ordination of those entering his […]