It can often seem impossible for us to forgive others when they have hurt us, or hurt those about whom we care. To forgive can seem like a betrayal, as if we were saying that what had happened didn’t matter. But often we are asked to forgive the most hurtful things of all, things that […]

I am always happy to receive correspondence from people around the world. Almost every day I receive messages on Facebook or by email, and much of my time is taken up in responding to the spiritual needs of those who have taken the time to contact me. Very often those who want to talk with […]

From the earliest ages people have valued leisure time as a relief from work and business. Indeed the Greeks spoke of leisure time and not leisure time, promoting the importance of what could be done during leisure. For the Greeks the time of leisure was to be spent in the most important pursuit of understanding, […]

I was in the car yesterday evening taking my son to his guitar lesson. He turned the radio on and switched between channels, trying to find something he liked. We had the usual conversation about how much modern popular music is derivative and not as good as the music of 40 years ago. It generally […] 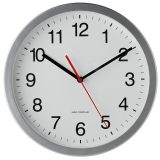 Every day that God gives us has 24 hours in it, 1440 minutes and 86,400 seconds. How we use those precious moments should matter to us. They matter to God. There is a real sense in which he created the whole world, and entered into it himself as Jesus Christ, and suffered, died and rose […]

I was very pleased to have been invited to participate in the annual Indian Orthodox family conference, which took place this year at Yarnfield Park Conference Centre, near Stafford. I had been given permission to attend by H.E. Metropolitan Seraphim, and then by H.G. Bishop Angaelos, and this was a wonderful opportunity to meet old […]

On Thursday, August 27th, I was blessed to have a warm and fruitful meeting with His Grace Bishop Angaelos at the Coptic Centre, Stevenage. During the meeting I was able to discuss His Holiness’ intention for my future service within the Coptic Orthodox Church. I am very pleased that it has been decided that I […]