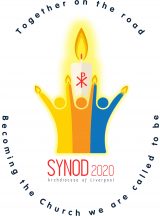 Father Peter Farrington has been invited to act as an Ecumenical Observer at the Roman Catholic Liverpool Archdiocesan Synod. This will take place in 2020, and as preparation Father Peter will participate in a number of meetings through the rest of 2019 and into 2020. On Wednesday 25th September, 2019, he took part in a […]

On Wednesday 24th September, Father Peter Farrington was very pleased to return again to Moorlands College, Christchurch, Dorset, where he studied for three years for ministry in the Evangelical movement as a Pastor and Missionary. This was his fourth visit to provide teaching to the undergraduate students at the College on Orthodox prayer and spirituality. […]

Thanks to the blessing of HG Bishop Angaelos, and the invitation of HE Metropolitan Serapion and HG Bishop Kyrillos, Father Peter Farrington is spending a week at the ACTS Coptic Orthodox Seminary in Los Angeles where he is teaching an intensive class on Orthodox Dogmatic Theology. He has also had the opportunity to pray the […]

Father Peter Farrington travelled down to Glastonbury on Friday, 19th August. In the past the British Orthodox diocese of the Coptic Orthodox Church had celebrated occasional liturgies there. One of the members of the Church, Subdeacon Wulfric Ashdown, had organised with Father Peter, a series of events on Friday evening and Saturday morning. On Friday […]

St George Orthodox Ministry of the Coptic Orthodox Church is organising a Spiritual Retreat on Friday 13th May to Sunday 15th May. The Retreat will take place at the Community of Reconciliation, Barnes Close, Chadwich, Bromsgrove, B61 0RA. Barnes Close is very conveniently placed for the M5, and is about 10 miles South-West of the […]

This is the calendar of current events organised by the St George Orthodox Ministry Saturday 26th March Liturgy of St Basil – 10:30 am St Paul’s Church, Burslem, Stoke on Trent, ST6 4BY Wednesday 30th March Father Peter Farrington will be speaking on the History of Christianity in Britain during the Roman Period. History of […] 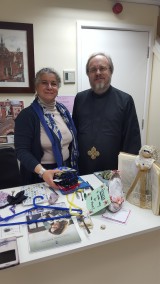 Father Peter Farrington visited Stoke again on Monday 30th November, staying in the area until Tuesday 1st December. He wanted to be in Stoke as early as possible on Monday so that he could spend time in the new Community Hub that the Coptic Orthodox Community of St Chad is supporting. The Community Hub in […]

An Orthodox video evening will be taking place at St Mary’s Church, Commonweal Road, Swindon on Wednesday, 21st October at 6:30 pm. We will be watching a video called The Last Anchorite, and sharing food and fellowship as we enjoy a professionally produced presentation on this interesting and useful spiritual topic. It allows the well […]

Our Lord Jesus Christ spent time away from the crowds in prayer and quiet, especially as a preparation for his own service. How much more each one of us needs to recharge our spiritual batteries and be renewed in our hearts, minds and bodies for the obedient service to which God calls us. In the […]

Meeting with Dean of Swindon

On Wednesday, 23rd September, Father Peter Farrington drove over to Swindon to meet with the Anglican Dean of Swindon, the Revd. Simon Stevenette. The Dean is a wonderful and warm-hearted Christian minister, and it is always a blessing to share time with him. This meeting was to bring Revd. Simon up to date with developments […]